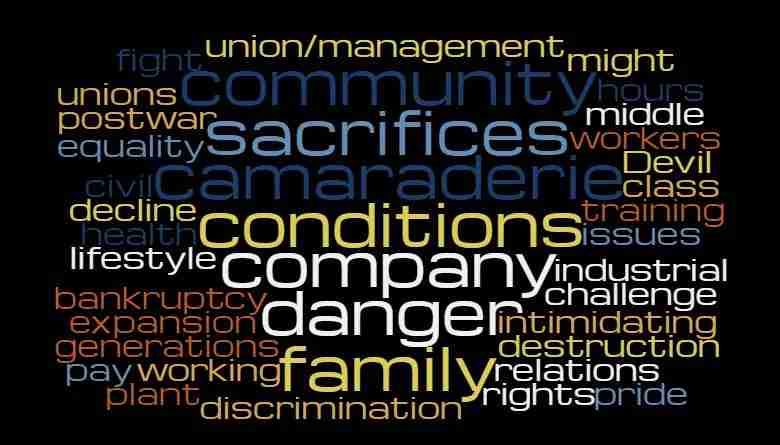 By Deb Weiner and Auni Gelles

Since we launched the Bethlehem Steel Legacy Project in January 2019, BMI staff have sought first-person accounts from individuals who worked at Bethlehem Steel, lived in or around Sparrows Point, or were related to employees. We’ve attended community meetings at Tradepoint Atlantic and around the Dundalk area; held story sharing programs at the North Point and Sollers Point branches of the Baltimore County Public Library; recorded oral history interviews at Todd’s Inheritance, The Forge, and at the museum; started a community collection on Instagram; hosted the Stories of Steel Symposium last November; begun outreach for the podcast that WYPR’s Aaron Henkin is currently producing; and conducted research through our own archives and other scholarship. Community Engagement Consultant Deb Weiner has begun to synthesize these accounts and has identified recurring themes that will guide our long-term exhibition, slated for installation in fall 2021. Among the themes that have emerged:

Below are just a few highlights from these interviews and listening sessions, with more to come. 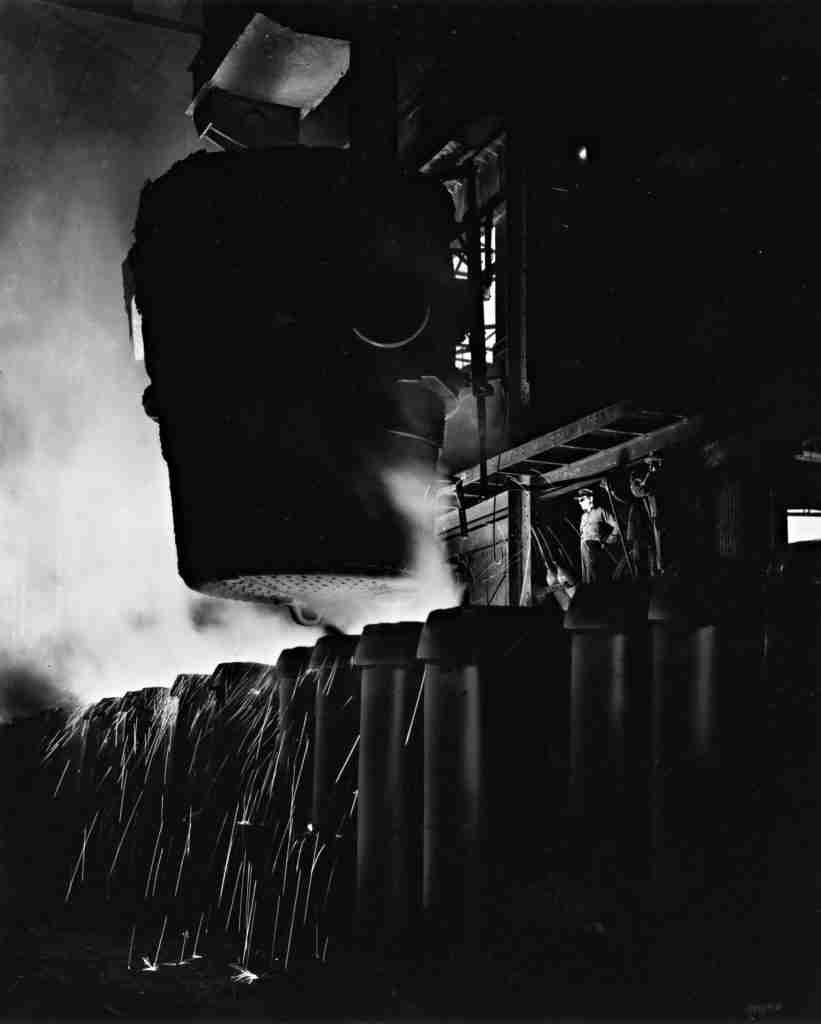 This 1961 image from the museum’s BG&E collection shows a worker at the open hearth at Sparrows Point.

“It would light the whole sky as far as you could see…. It could be pitch dark, and the entire sky would light up.” -Don Forrest, steelworker, BMI interview

“The enormity, just absolutely the enormity of the equipment was beyond what you could even possibly imagine. 300-ton cranes carrying huge ladles of molten steel. Huge ladles with the cranes dumping liquid molten iron into the furnaces. It was beyond description. It was absolutely mind -blowing. [When I started,] my eyes almost popped out of my head. But it became second nature after a period of time.” -Carl Osterman, management, BMI interview, September 2019

“If you want an example of what hell would look like, go to the blast furnace.” – Participant in North Point Library story sharing program, June 2019

“It was always a red sky. I guess when the slag would hit the water, it would go boom and then it felt like the earth was shaking [even in Edgemere, where she lived]. Then if you were in the Point waiting for a bus or streetcar and that blast furnace went off, all them particles of stuff would come down on your clothes. And my mother would say, “Don’t rub them,” because … if you rub it, it stains your clothes…. My mom used to work [as a housecleaner] for someone in Sparrows Point and when she’d wash the clothes, she hung them up on the line and [the steel plant] would blast the furnace and everything would go up and everything came down on the clothes. She was so angry…. And of course, if you open the windows, you had all that dust on your furniture and everything. It was hard for a housewife to keep anything clean.” – Georgeen Nistico, relatives worked for Beth Steel, BMI interview at Todd’s Inheritance, August 2019 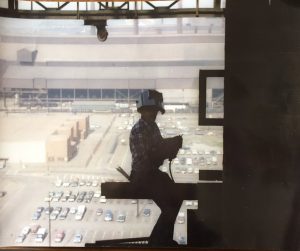 Earl Medlin welding the platform on the L Blast furnace to erect the Bethlehem Steel Star, 1981, from the BMI collection.

“I worked all these holidays and I was able to save a lot of money. I put a nice down payment on a house…. The one thing about Beth Steel that you’re not going to find today is you could graduate from high school, get a job there, and you could live a pretty good life, a middle-class life.” -Marty Mossa, steelworker, BMI interview, November 2019

“Even if it was Christmas day, it didn’t matter if you were scheduled to work, you were in that mill because they’re not going to shut the furnace down. So my kids would be sitting on the couch waiting on me when they were little, waiting for me to come home [at] midnight before they opened Christmas presents.” -Alan Thompson, steelworker, BMI interview, November 2019

“When I got laid off, it broke my heart. I went to nursing school and have been an RN for over 30 years. As a nurse, I see the damage that ‘the Point’ has done to lungs and blood vessels of people in my hometown.” -Susan Wallace, former Beth Steel office worker, submitted online, November 2019

The fall of Bethlehem Steel 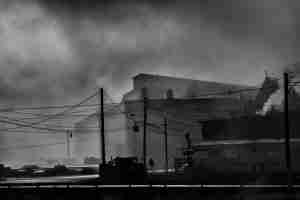 This image by Baltimore photojournalist J. M. Giordano is featured in “Shuttered: Images from the Fall of Bethlehem Steel”

“You always felt that what you were doing was important. You looked at it not just as a job, at least I didn’t, but you looked at it as you were contributing to the well-being of the country. And I think ultimately when it failed you think you failed. Not that any one of us had that ability to, by ourselves, turn it around but at least I felt that personally.” -Dave Conrad, management, BMI interview, September 2019

“It chokes me up to even talk about it sometimes. But it was just such a great place. You made so many good friends. … If you see a guy on a street, you’re looking at him and you smile and remember something we did or… And the other thing is, there’s the shame of it all. I just wished that we had a mighty place like that around here still, that produced some of the biggest ships in the world, one after the other, more than anybody, some of the best steel product ever made. Just… And it’s all gone.” -Alan Thompson, steelworker, BMI interview, November 2019

“Bethlehem Steel was kind of a microcosm for what we’re going through here when you think of social security. At one time, there were […] maybe 10 people supporting one retiree. It got flipped upside-down. And our biggest issue was the legacy cost that we had, and trying to cover that legacy cost, and it just became unsustainable. And today, we’re kind of in  –  we’re going to have a certain situation where we’re going to have a lot of retirees being supported by not as many people that are working.” -Carl Osterman, management, BMI interview, September 2019

“I was very upset, I was very mad that the plant closed down. I felt it didn’t have to be that way. I felt there was mistakes made where the plant could have kept running. And I didn’t feel it was inevitable. Now that I’ve left and I can look back, well maybe it was inevitable. Maybe it was just too many hurdles to get around. But I took it hard. I took it real hard.” -Dave Conrad, management, BMI interview, September 2019