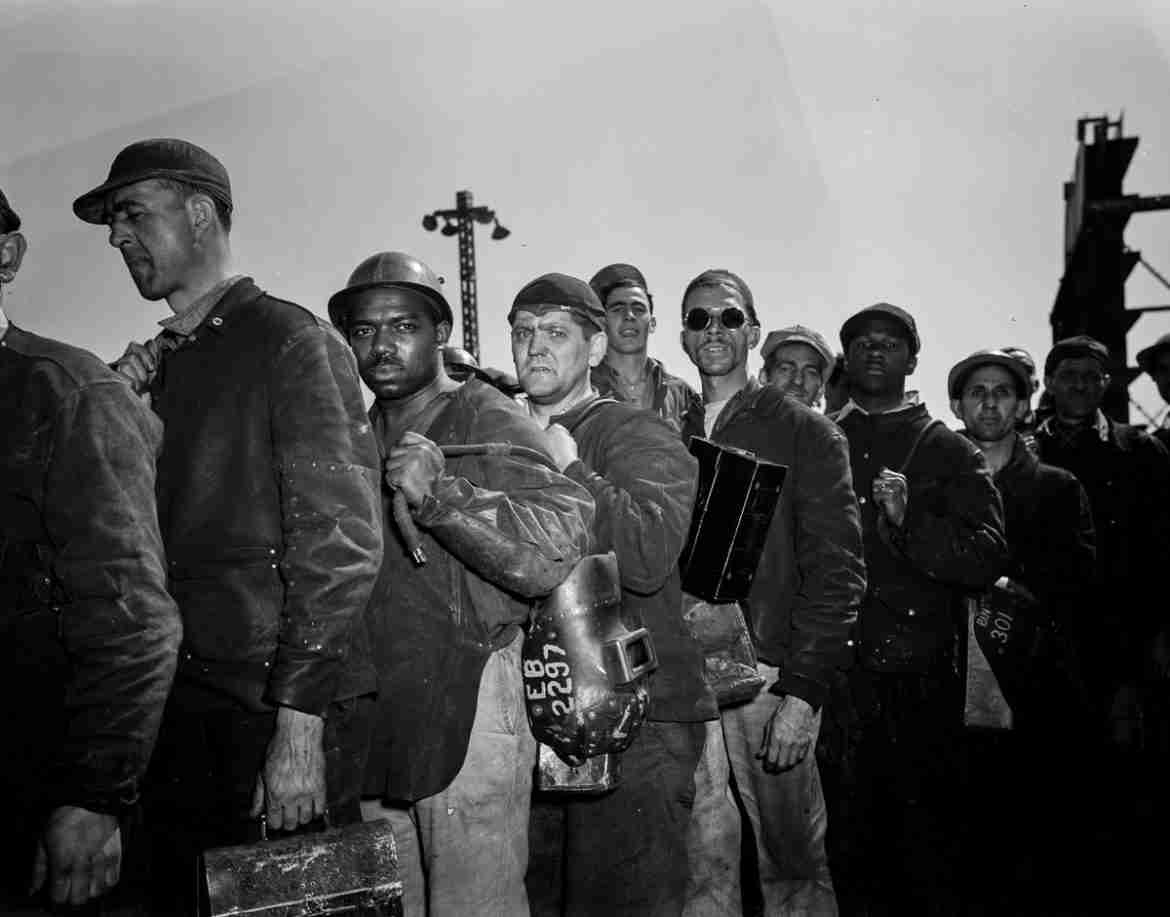 These 1943 photos by Arthur Siegel show workers at Bethlehem-Fairfield. All images are from the Library of Congress.

Shortly after noon on September 7, 1942, some 20,000 workers and guests gathered alongside Way 12 at Bethlehem Steel’s Fairfield 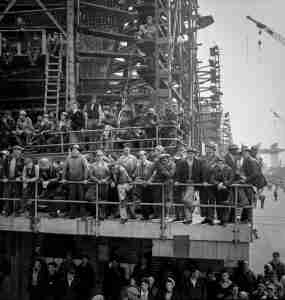 shipyard to witness an ancient ceremony. Following speeches by several dignitaries, Mrs. Annie Green, wife of Industrial Union of Marine & Shipbuilding Workers of America president John Green, smashed a bottle of champagne across the bow of the S.S. John W. Brown and sent the nation’s newest Liberty ship sliding into the Patapsco River. But no sooner had the vessel touched the water than the crowd dispersed and the yard sprung back to life—Labor Day or not, there was a world war to win and many ships to build.

Though it was little more than a year old at the time of the John W. Brown’s launch, the Fairfield shipyard had already distinguished itself. The origins of the yard could be found in the United States Maritime Commission’s emergency shipbuilding program of January 1941. With the Battle of the Atlantic raging, the Commission wanted to build a massive commercial armada to replace the dozens of vessels that were being sunk each week by German U-boats. The Fairfield yard was one of several new emergency shipyards scattered along the nation’s coasts that was tasked with constructing this so-called “Liberty Fleet.” 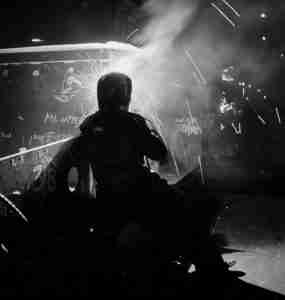 Work at the Fairfield yard began in earnest in February 1941. Bethlehem Steel’s Sparrows Point and Key Highway shipyards were already operating at full capacity. The company acquired the Union Shipbuilding Company, a small operation in south Baltimore that had not built a vessel since World War I. To improve workflow and material handling at the site, Bethlehem also took over a Pullman car fabricating shop in nearby Curtis Bay and linked it to the shipyard with two-and-a-half miles of railroad track. Spread across 136 acres, Fairfield’s 13 slipways (later expanded to 16) were serviced by 75 cranes, 10 locomotives, and more than 200 flatcars. The type of modular construction practiced at Fairfield—with components of the ship built at the fabricating shop and then transported to the ways for staging and final assembly—proved to be extremely efficient and was eventually adopted by many other shipyards.

Under the supervision of general manager Jack Willis, Fairfield quickly became an industrial dynamo. In April 1941, workers had already laid down the first keel, seemingly oblivious to the fact that the yard was still going up around them. Five months later, President Franklin D. Roosevelt gave a national radio address celebrating Fairfield’s launch of the S.S. Patrick Henry, the first Liberty ship built in the United States. During the following months, production at the yard skyrocketed, improving from 245 days for the Patrick Henry to 54 days for the John W. Brown. By the time the yard reached peak production in 1943, average construction time for a new Liberty ship at Fairfield was approximately 30 days.

Needless to say, these feats of production would not have been possible without Fairfield’s army of industrial workers. From a mere 355 people in April 1941, the shipyard’s payroll jumped to 11,000 in January 1942 and peaked in late-1943 at approximately 47,000. Because so many of the new workers were inexperienced, Bethlehem established a 12-week program of classroom and on-the-job training to teach them such important shipbuilding skills as welding, riveting, and blueprint reading. Despite the inherent dangers of the job and the discomforts that came with working outdoors year-round, these hardy men and women never wavered in their efforts to deliver ships for victory.

In the end, proof of Fairfield’s contribution to the war effort is a matter of numbers. Between 1941 and 1945, the Fairfield yard built a total of 384 Liberty ships, more than any other shipyard in the nation. The yard also churned out 94 Victory ships—the larger, faster cousin to the Liberty ships—and 45 LSTs (Landing Ship-Tank), making it one of America’s most productive wartime shipyards. Taken together, these vessels were part of a massive “bridge of ships” that connected the farms and factories of the United States to the battlefields of Europe and Asia. Without Fairfield and the many other industrial facilities that waged the battle of production on the homefront, World War II could not have been won.

Joseph Abel is the BMI’s Research Historian and acting curator. He has also volunteered onboard the S.S. John W. Brown Liberty ship.