A Place of Honor in a Legacy Garden 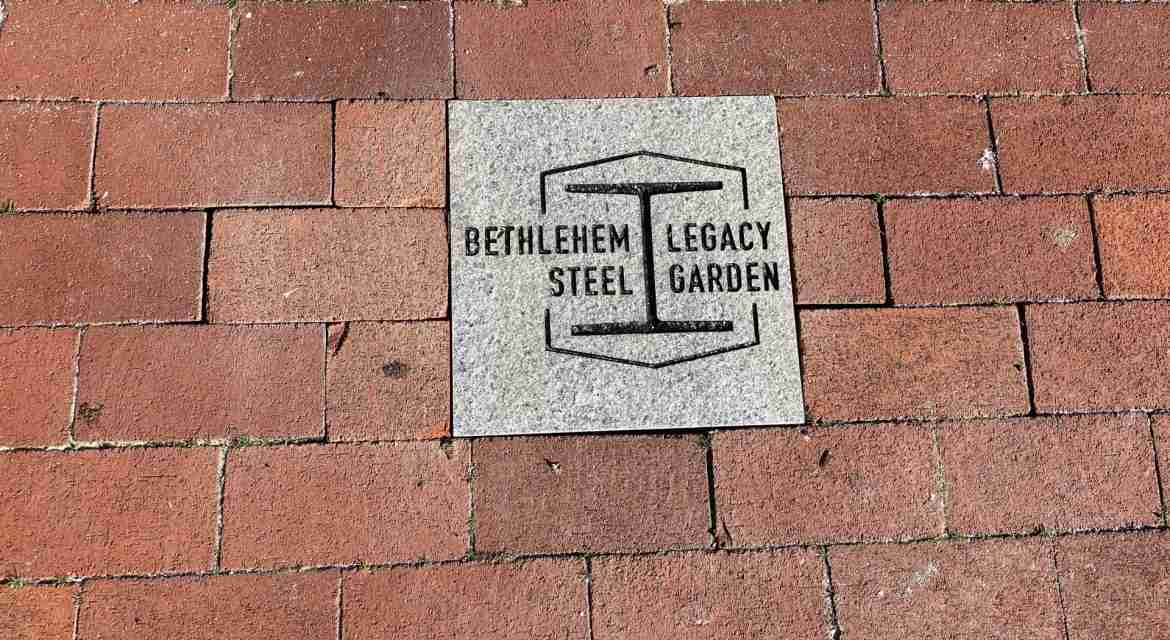 Part of the Bethlehem Steel Legacy Garden, near the iconic WWII-era Whirley Crane on the BMI’s campus. 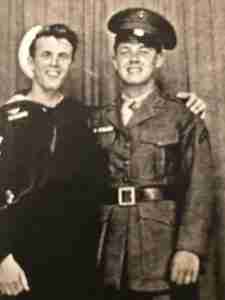 Wendell Doyle, left, and his brother Al. Both worked for Bethlehem Steel after the war.

Like many men of his generation, Wendell Wesley Doyle proudly joined the military upon graduating from Sparrows Point High School in Dundalk, Maryland, and became a Navy turret gunner on the USS Saratoga during World War II.

When the war ended, he returned to Dundalk, married his sweetheart, and started a family. After years of resisting his Irish family legacy of steelwork, he concluded that the mill was his best option for a steady paycheck and took a job in the electrical department of Bethlehem Steel. He worked his way up, becoming general foreman in the pipe mill where he remained until his retirement in 1982.

Deborah Rudacille interviewed Wendell for her chronicle of the Baltimore-based mill, Roots of Steel, and asked if he liked working at Bethlehem Steel. “It was noisy and dirty and I loved every minute of it,” he replied.

Wendell remained in Dundalk until his death in 2012 at the age of 86. He was a hardworking, funny, and kind man. I know, because I married his eldest grandson, who is a lot like him and carries on his name.

This Christmas, we’re buying a brick in the BMI’s Bethlehem Steel Legacy Garden in memory of Wendell. He was proud of working at the mill, and I think he would be delighted at being memorialized among the men and women who worked so hard for their families and their country.

Interested in purchasing a brick to honor your loved one? Learn more here.

Author Bio: Claire Mullins is the BMI’s Director of Marketing and Events.