Accidents at The Point: 1990 Explosion 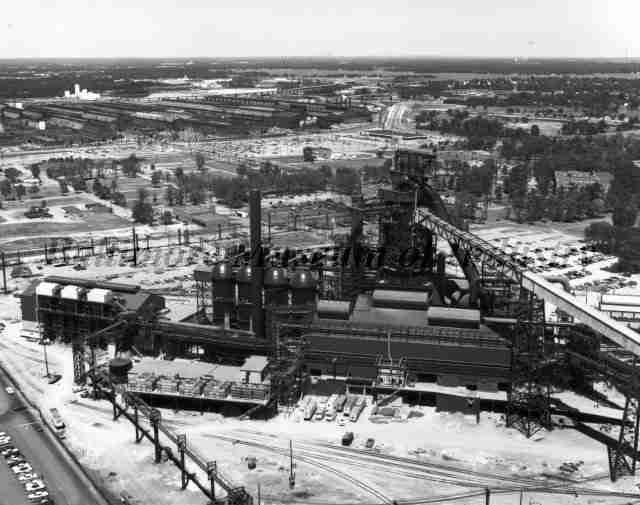 On May 18, 1990 around 12:30 am, a gas line at blast furnace “L” was punctured and caused an explosion at the mill. The blast claimed the life of one man and injured six others.

All of those involved were workers from Songer Construction Co., a contractor firm at the steel mill. They had been brought into the mill to rehabilitate the “L” blast furnace, which had been shut down for the scheduled 100-day repair time.

Lindsay Townsend, the man who died in the explosion, was operating a forklift to move bricks on the second-level ramp of the furnace when he accidentally struck a natural gas line. He was 63 and passed away at 9:17 the next morning. Burns covered most of his body.

The other injured workers are unnamed but were treated for their injuries and later released.

A spokesperson for Bethlehem Steel stated that the fire was put out quickly and the gas line break was secured. When reporters from the Baltimore Sun reached out to Songer, they were told that the company, “would have nothing to say about the incident.”

The Aftermath and the Blame

Just like with the explosion in 1891, there are questions that can be asked about the way the companies (Bethlehem and Songer) handled safety measures on the job.

Clearly though, there was natural gas still flowing inside the pipeline, just as the employee had warned. When Maryland Occupational Safety and Health officers conducted an investigation into the explosion that took Townsend’s life, they fined Songer Construction Co. $690 for failing to double-check for natural gas in the pipeline.

From 1982 to 1990, there were 26 major accidents at the Sparrows Point steel mill: 10 workers were killed and 37 were injured. However, since these numbers do not include the deaths or injuries to workers from outside the mill (including Lindsay Townsend), the real number of deaths and injuries is unknown.

In the 1990-91 year, two employees lost their lives at Bethlehem Steel, making the Sparrows Point mill the site of more fatalities than any other industrial workplace in Maryland. Sadly, those individuals may not have died if management had put better safety precautions and training in place.

What is so startling though, is that the safety protocol was there. The BMI”s collection houses hundreds of documents from Bethlehem Steel detailing safety rules and guidelines. Not only do these documents go over how to accomplish specific tasks in the mill they explain possible accidents that could occur and how to prevent them. The company even gave out tips for staying safe during the holiday and for how to avoid heat illness in the summer, as you can see below. 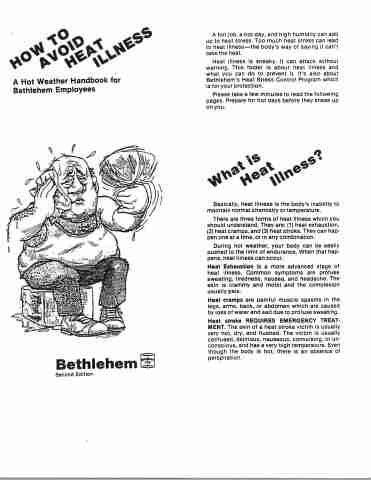 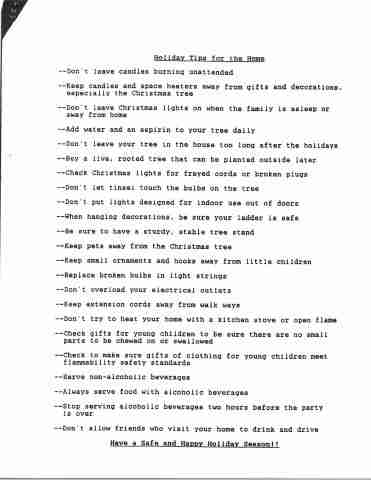 Bethlehem Steel’s tips for staying safe during the holidays.

So, if Bethlehem Steel had all of these safety guidelines, why were there so many deaths at the steel mill? Did workers not read the guidelines or were they weren’t trained to follow them? Did Bethlehem Steel not distribute them in a way that was accessible to every worker? Did workers follow the rules? Were non-union or contract employees given these documents? These are just some of the questions that can be raised about why so many people, like Lindsay Townsend, perished at the mill. Most of them remain unanswered.

What we do know is that Bethlehem Steel was by no means the only industrial workplace in Maryland that was the site of preventable deaths. In fact, according to a June 1991 article in The Evening Sun, 90% of the deaths that occurred in Maryland industrial workplaces in the 1990-91 year could have been prevented if employers had enforced safety protocol and provided employees with more training. For example, a simple check to ensure that the natural gas pipeline was empty could have saved Lindsay Townsend. 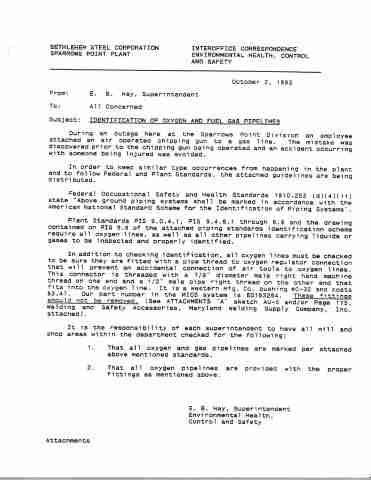 A message from the Superintendent of Environmental Health, Control and Safety. Along with this document were pages of instructions about how gasoline pipes should be marked and handled in the plant. 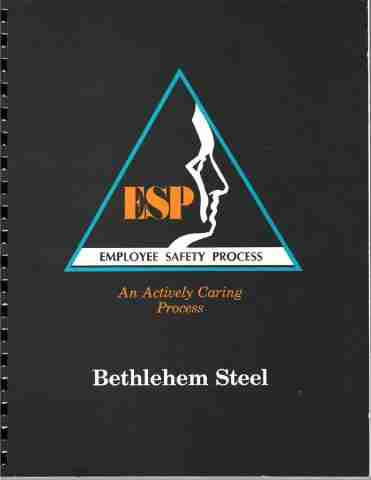 The cover of the Employee Safety Pamphlet at Bethlehem Steel in the 1990s. 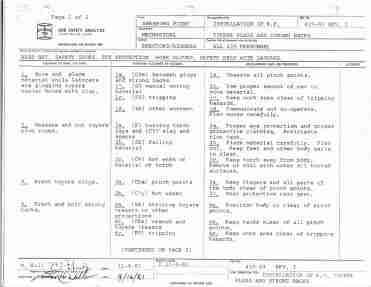 The first page of a job safety analysis report detailing potential problems that could arise during a specific task and how to prevent or handle an accident. 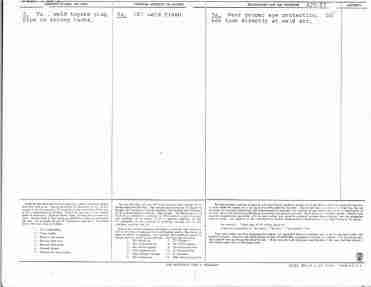 The second page of the job safety analysis report. There are many of these in the BMI’s collection and many of them are more detailed than this one.