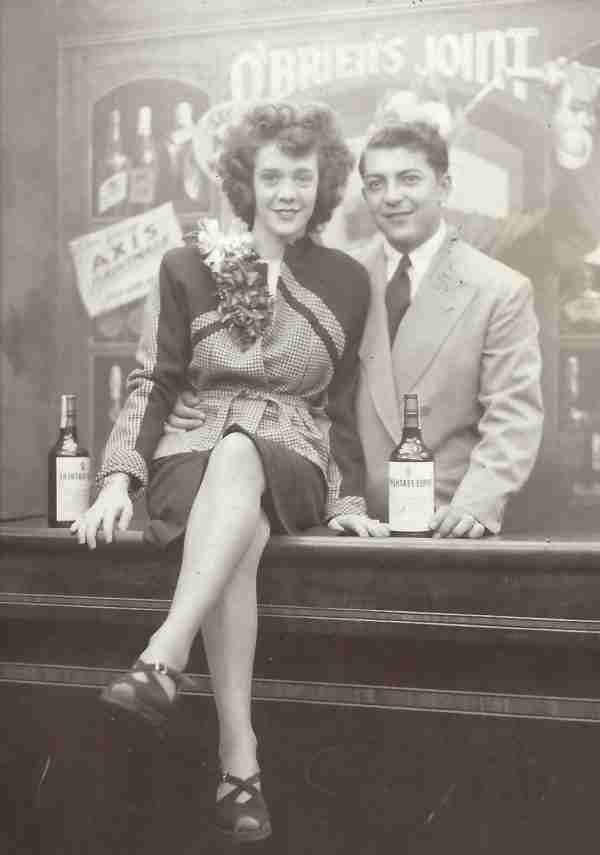 Mildred and Mario Clementoni on their honeymoon. Photo courtesy of Donna Clementoni.

Editor’s Note: Donna Clementoni composed this poem about her father-in-law, Mario Clementoni, Sr. Known as “Motts” in his family, he began working at Bethlehem Steel after World War II and spent his entire career at Sparrows Point. He will turn 95 in June 2021.

Near the end of the Patapsco River,
around where it runs into the Chesapeake bay,
loomed the Bethlehem Steel Company
in Sparrows Point, Maryland.

A division of the 2nd largest steel producing
Corporation in America,
the mill, opened in 1889,
was a key employer
in Maryland’s blue collar enclaves.

Mario Clementoni
began what would be his lifetime career
working in the mills,
eventually retiring from
the often oppressive environment
in 1985,
after punching the clock for 36 years while
“waiting for something better
to come along.”

Hazards were around every corner.

It was not unusual to hear accounts
of workers being maimed
and even killed in industrial accidents.
This was not employment Mario loved,
but one he endured.

On the 11 p.m.-7 a.m. shift,
Mechanical Millwright Clementoni
would listen for the whistle to blow three times,
which would indicate a problem in the production
area that he had to address.

On slow evenings, when their routine chores
were completed,
the men would move aside the blueprints that
covered their work desks and take turns taking a nap.

For comfort,
they would get rope asbestos,
roll it into a sizeable ball, cover it with shop rags
and create a pillow.

They, along with most of the workers at the time,
were oblivious to the dangers of this
“miracle mineral” which was an effective material
for insulating pipes.

Asbestos clothing like gloves, aprons and masks
were worn by many millworkers to protect them
from dangerous burns from molten liquids.

Asbestos was pervasive in the workplace
prior to the 1970’s, when governmental agencies
such as the Environmental Protection Agency (EPA)
and the Occupational Safety and Health Administration (OSHA)
began regulating its use.

After breathing the asbestos particles for years,
workers began getting sick and sometimes dying
from debilitating lung diseases that were being linked
to exposure to asbestos.

Steelworker’s vocabularies now expanded to the use of
words such as “asbestosis” and “mesothelioma”
…names of asbestos-related diseases.

East Baltimore native and son of Greek immigrants
Peter Angelos, a graduate of the University of Baltimore
Law School,
was recruited to help the workers
by his neighborhood friend Peter Padeletti,
then treasurer of Steelworkers Union Local 2610.

The Washington Post recorded Padeletti saying
to the attorney,
“Come on, come with us.”

Angelos’ response was
“I don’t know that much about labor,”
a shortcoming he quickly overcame.

Meetings were held at the crowded Union Hall
and the steelworkers were urged to have doctors
examine their lungs for signs of the disease.

Clementoni’s 2nd evaluation confirmed
that his lungs were indeed affected,
albeit mildly, from asbestos exposure.

It was years after he retired from the dreary work
at the steel mill that modest compensation checks
were mailed to his house – part of a class action lawsuit
that compensated the workers, bankrupted many companies
and made Peter Angelos a very, very rich man.