Evelyn Schroedl has been a supporter of the BMI since the very beginning.

Evelyn Schroedl considers it fortuitous that she retired in 1981, the same year the Baltimore Museum of Industry opened. It gave her and her husband ample opportunity to visit the BMI, attend lectures and exhibition openings, and develop a friendship with the museum founders, Dennis Zembala and Ann Steele. “We liked other museums too, but the BMI was a favorite,” she says.

Evelyn celebrated her milestone birthday (100) at the BMI. She enjoyed seeing many of the artifacts on display such as the World War II era Mini Mariner airplane suspended from the ceiling.

Being as old as I am I recognize lots of the items from my everyday life.Evelyn Schroedl

Evelyn was raised in the Arlington neighborhood of Baltimore and graduated from Forest Park High School in 1935. She majored in costume illustration at Maryland Institute College of Art (MICA), but didn’t use her art training, instead working as a registrar at Goucher College where she completed a degree in English. Her husband, Irwin C. Schroedl, Jr., was also an art lover and MICA grad, but after briefly teaching art in public schools took a job with Black and Decker.

With no children, they made travel a priority, something Evelyn continues to this day. Her first trip following Irwin’s death in 1994 was to Antarctica, a place they had never been to, fearing a return to Paris or Rome would bring back too many memories. She has recently visited Cuba and Australia, and is hoping to attend the French Open, since at age 100 she’s still an avid tennis player.

Evelyn said she and Irwin did not consider themselves wealthy, and she only began philanthropy in earnest after Irwin’s death, including supporting an annual lecture in his name at Goucher, and generous gifts to the BMI. “I enjoy the museum and think the rest of the city should be proud of it too,” she says of her decision to give to the Baltimore Museum of Industry. 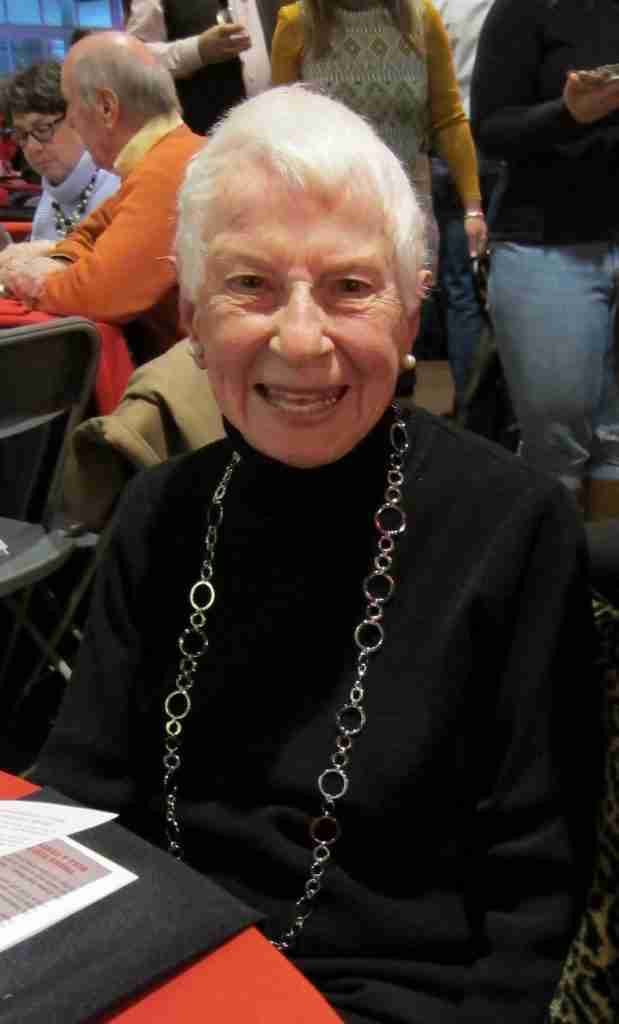